Never in a million years did John and Carolyn Overton realize how immersed their entire family would become in the life of Camp when they brought their children to Home School riding lessons at WBC eight years ago. That set off a chain of events that eventually led to a move in 2004 from their residence near Snohomish, Washington, to a home overlooking Bayview Ranch House and the stables at WBC. This move was made so their five children, ranging in ages from 7 to 21, could just walk down the hill to be involved with Camp.

John, a computer programmer who runs a software company, Vital Soft, Inc., stated with a gleam in his eyes, “We’ve never owned a horse, but we don’t have to … we now have 80 of them to look at!”

After moving to Washington State from the Silicone Valley in California in 1998, the Overtons looked for opportunities to meet people and get their kids involved in meaningful activities. They attended a WBC Outdoor Education camp with their children, and later, they purchased the Camp’s cinnamon rolls in the August Extravaganza auction. These were delivered to their door each month for one year, a dozen at a time.

While those yummy baked goods were capturing the family’s taste buds, their hearts were connecting with the ministry of the Camp and with the Camp staff. John declares, “What makes the Camp a special place for me is that the staff cares about kids and people. It has been nice to get to know them personally instead of just through my children.”

The family soon became involved with the volunteer effort needed to prepare and staff The Lights of Christmas. After attending a Thanksgiving Working Weekend, the older children signed up to volunteer with the pony rides during the event. That soon led to mom and dad getting involved, including helping to take down the event at the end of December. Within a couple of years, even the youngest, Luke, was helping along with his mom in the petting farm, as a train conductor, and as one of Santa’s Elves.

Carolyn has Christian camping in her blood. She grew up attending summer camp and worked as a counselor at several of the Pioneer Camps in Canada. While she was growing up, her parents ran youth camps for several summers. “After our oldest daughter, Lydia, had such a positive experience growing and learning about God in WBC’s Counselor In Leadership Training (CILT) and Wrangler In Training (WIT) programs, we wanted our other children to benefit, too. WBC is such a special place that we wanted our family to be closer,” Carolyn says. “As a mom, it’s wonderful to know that WBC is a safe place to send my kids – you feel it!”

After donning a security vest for a couple of years during The Lights, John began to pray that the Lord would let him use his computer skills to assist the Camp in some way. Little did he realize that some of the staff were praying for a volunteer with his capabilities to write a program that would help coordinate the volunteer program for The Lights. It was literally a “match made in heaven!” In 2003, after spending many hours, John produced a complex program that tracks the nearly 120 volunteer positions that need to be filled each night of the event, and who is assigned to fill them. “It does everything except greet the volunteers when they arrive,” says Maggie Allen, volunteer coordinator for The Lights. “And each year, John has continued to refine and improve the program to make it even more amazing.”

WBC has definitely become a family affair for the Overtons. Lydia, age 21, is presently on Recreation staff and has been one of the light hangers for The Lights this year. Hannah, age 18, has served as a WIT, and is a member of the Camp’s new Vaulting Team. Ruth, age 15, volunteers at the stables, helping with trail rides and cleaning horse stalls. She is also on the Vaulting Team. Julia, age 11, has assumed many roles at The Lights, including acting in Stage II, and is a Vaulting Team member. Luke, age 7, who helps the rest of the family care for the petting farm animals, is taking vaulting lesson. But, he has determined that his favorite role is being the “Train Conductor” at The Lights because he gets to say, “ALL ABOARD!” and tell the guests the rules.

There seems to be no end to the ways that the Overtons find to participate at Camp. After Luke and his dad attended their first Father/Son Weekend last May, John exclaimed, “I’ve never played so hard in all my life!” With four of the Overton children involved with the Camp’s Vaulting Team, it was Carolyn who made classy uniforms for the entire team, giving them a professional look for their competitions. For the last two years, John has served as the coordinator of the auctions at the Camp’s August Extravaganza. Their involvement just keeps growing!

They even ended up with a new “daughter” in the family when Emily Anglesey, a young staff member at the Camp, came to live with them to be closer to the Camp.

John summed it up for the entire Overton clan, “It’s nice for our family to be part of the Warm Beach Camp family! 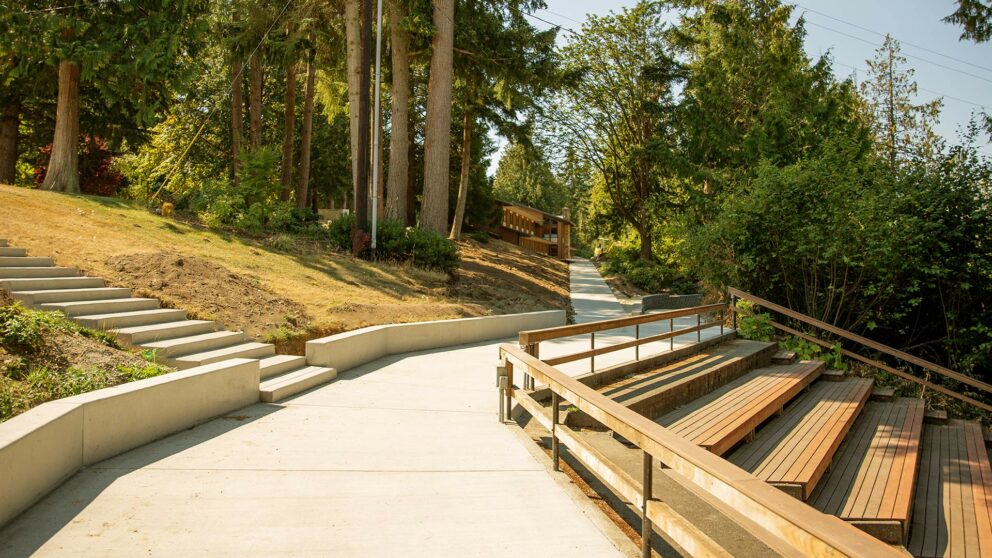 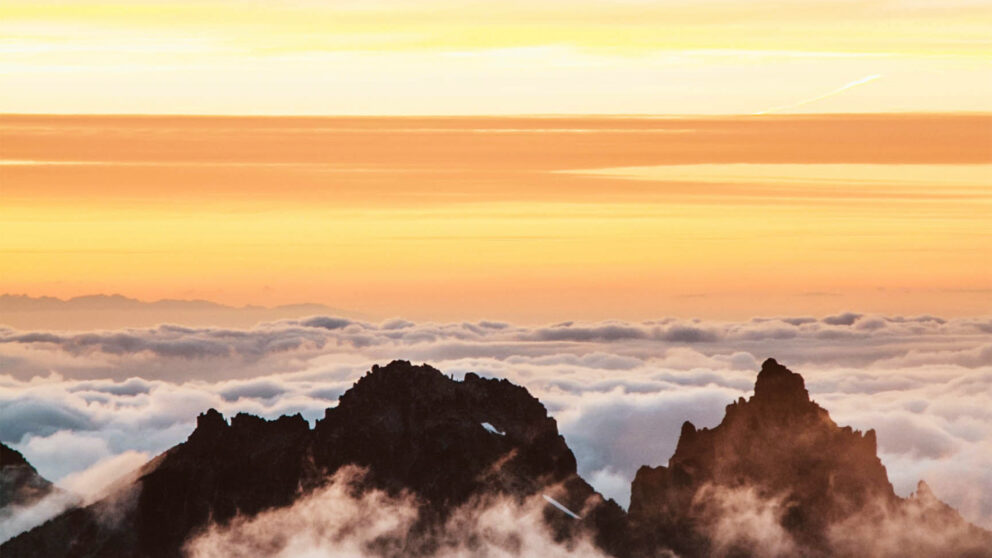